Have your eye on a Kawasaki Ninja? Make sure you protect your bike with a two wheeler insurance policy from Liberty General Insurance (LGI). Get your insurance in a hassle-free manner by simply logging in online.

Kawasaki began production of motorcycle engines in 1949, when its aircraft company manufactured a 148CC, air-cooled, four-stroke single cylinder engine with a maximum power output of 4PS. After experimenting and tinkering with different engine configurations, the company founds its true calling in racing, and entered the 1969 125CC World Championship with Dave Simmonds.

The company is one of the big four of the Japanese Domestic Market (JDM), the other three being Yamaha, Honda and Suzuki.

The Ninja H2 was Kawasaki’s ultimate track machine and its race-spec version, the H2R, was purely built to break land-speed records. Armed with a 998CC engine along with a supercharger, the 250+BHP monster H2R touched 400kmph in 2018, making it the fastest production motorcycle in the world. Kawasaki has also bagged numerous records in World SuperBike Racing Championships.

Recently, Kawasaki launched the Ninja 400, Ninja ZX-10R and the Versys-X 300, among others. Kawasaki bikes are a favourite among superbike enthusiasts in India.

Why choose Liberty General Insurance for your Kawasaki bikes? 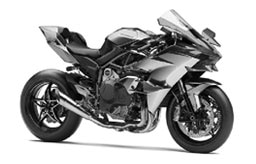 Kawasaki launched its Ninja H2 in India in 2014, a bike powered by a 998cc supercharged engine that has a maximum torque of 140.4Nm at 10,500rpm. This hypersport bike has been co-designed by Kawasaki’s motorcycle division, turbine and aerospace divisions. Owing to its hypersport pedigree, you may have to wait in line to get your hands on a Ninja H2 as it is sold as a unit completely built-up in Japan. 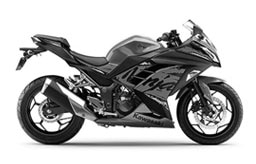 Launched in 2013 in India, the Kawasaki Ninja 300 is a successor of the Ninja 250R. This superbike has a 296cc, liquid-cooled, DOHC parallel twin engine that gives a maximum torque of 39bhp. The latest from the stable of Kawasaki is the Versys 650, the most recent version of which was launched in 2019. It has a tractable liquid-cooled 649cc, parallel-twin engine that produces 67.4bhp and 64Nm of torque.

With the own damage two wheeler insurance policy, you can get a cover for your vehicle against any damages caused during an accident as well as theft of your bike. Any expenses arising out of an accident for the repair of the bike or to treat an injury to you, will be taken care of by Liberty General Insurance.

What does your own damage two wheeler insurance policy not cover?

A third party insurance is mandatory according to law under the Motor Vehicles Act of 1988. The policy, as the name suggests, protects you against any expenses to treat or make repairs for a third party for damages caused by an accident involving your bike. It includes paying for treatment of injury to third party as well as damages to third party property. Riding on Indian roads without a Third-Party insurance is a criminal offence.

Liberty General Insurance allows you to add extra benefits to your insurance cover. They are called add-ons. Some add-ons available to you are:

How is the premium of a two wheeler insurance decided?

There are various factors that decide the premium of your policy, including age of the vehicle and the state where it is registered. Some factors that decide the premium are make and model of the two wheeler, engine capacity, year of manufacturing, year of purchase, state where vehicle is registered and the Insured Declared Value. Any add-ons to an existing policy will also have an impact on the premium. Comprehensive insurance policies will also have a higher premium.

How do I renew my two wheeler insurance?

Renewing a two wheeler insurance with LGI is a hassle-free process. Simply log on to our website and click on the option to renew your policy. Enter your policy number and with a few simple clicks you are good to go. Alternatively, you can also visit any of our branches and get your policy renewed. Those porting their bike insurance policy to Liberty General Insurance can visit here, and existing Liberty General Insurance customers can visit here.

How to buy the best two wheeler insurance in India?