Getting a comprehensive two wheeler insurance for a Bajaj bike is important, as it will protect your two wheeler from an untoward incident that involves own damage, as well as third-party liability. Of course, add-on insurance covers from LGI will give the Bajaj bike more cover.

Bajaj Auto Limited is a Pune-based two wheeler manufacturing company which was founded in the 1940s. Since Rajiv Bajaj assumed the position of its Chief Executive Officer, the company’s progress has increased manifold. Among the most popular vehicles in the Indian motorcycle manufacturer’s stable is the Pulsar series which began with the Pulsar 150 and Pulsar 180 twins in 2001. Over the years, Bajaj Auto has made its presence felt in over 70 nations.

In recent times, Bajaj Auto has been reported be working on a tie-up with British Triumph Motorcycles, for the manufacturing of small to medium capacity motorcycles. Bajaj Auto has also branched out into the four-wheeler segment, launching its first bike, the Qute.

Bajaj Auto offers a wide range of two-wheelers which are tailored to suit Indian commuting needs. Its motorcycles are typically powerful yet economical, robust yet comfortable and agile yet sturdy. If you’re looking to buy your first bike, then you may want to consider two wheeler insurance for Bajaj bike. Along with it, get a comprehensive two wheeler policy from Liberty General Insurance. However, you need to know what it covers and you can do this by reading the policy wordings.

Why choose Liberty General Insurance for your Bajaj bikes? 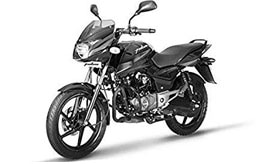 The Bajaj Pulsar 125 was due to the rising bike prices, given the new safety regulations. These regulations were incorporated due to the introduction of a combined braking system in all bikes over 125cc. 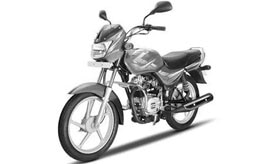 Bajaj CT100 is the company's entry-level motorcycle that is priced at Rs 41,997 (ex-showroom) in New Delhi and 38,806 (ex-showroom Maharashtra). The fourth variant of CT100, the bike has now been updated with an electric start. 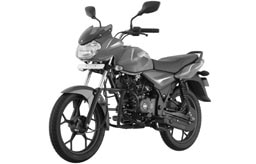 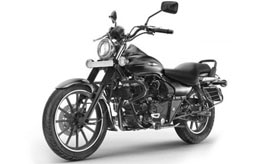 The Bajaj Avenger 220 is available in the Cruise and Street variant. The Street variant sees additions in the form of an all- black paint scheme with red highlights, mag wheels, black exhaust, black-painted engine, new grab rail, new instrument cluster and much more.

Own damage to two wheeler will ensure that you are covered in case of accidents such as fire, theft, etc. In case of an untoward accident, own damage cover will compensate you in case you wish to repair or replace parts of Bajaj two wheeler damaged in the accident.

What does own damage to two wheeler insurance policy not cover?

Third-party insurance is mandatory under the Motor Vehicle Act of 1988. Driving without a third-party policy is punishable by law.

You will be required to submit the following documents

How to buy an insurance policy for Bajaj two wheelers online?

Should I buy third-party or comprehensive bike insurance?

However, it is advisable to buy a comprehensive bike insurance, as third-party two-wheeler insurance only covers third-party liability, and any damage to your bike will not be covered. You can choose one of several Liberty General bike insurance policies that cater to your requirements to ensure that you don’t feel the pinch in case your Bajaj bike is damaged. You should also look to buy an add-on insurance policy cover so that you can secure the best possible protection for yourself. Some of the add-on policies include Depreciation Cover, Engine Safe Cover, Passenger Assist Cover, Gap Value, Key Loss Cover, Roadside Assistance Cover, Consumable Cover.