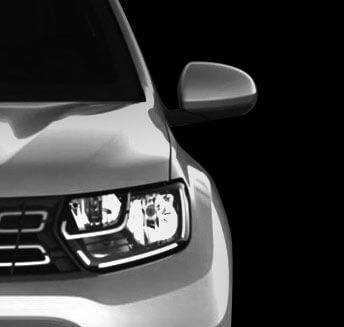 Founded in 1899, Renault is a French automobile manufacturer serving over 120 countries worldwide. It has production units in multiple countries making it multinational. Renault is known for its quality, innovation and wide range of products.

Renault became the 9th largest automobile manufacturer in the world by volume in 2016. It formed an alliance with Nissan and Mitsubishi in 2017 and together they bagged the title of the world's biggest seller of light vehicles. The joint venture managed to displace Volkswagen to claim the spot, which is a considerable feat.

The popularity of the Renault in India is evident, with several people, particularly in Tier-1 and Tier-2 cities opting to buy Renault vehicles. It is for this reason that getting a comprehensive car insurance policy for your Renault will be a great option, and Liberty General Insurance has several policies that cater to your individual needs.

This classy- looking SUV starts at Rs. 7.99*. Equipped with safety features including pedestrian protection, the Duster comes in multiple fuel variants, and automatic as well as manual options. Regardless of the variant, the Duster is a powerful SUV that offers great mileage and performance. The All- Wheel Drive (AWD) feature enables the car to adapt to any terrain and allow for a comfortably smooth ride.

Renault’s most stylish offering to the SUV sector, the Captur is a 5-seater with 392 litre boot which can be expanded up to 1352 litres. The black leatherette seats, wide leg space, rich interiors along with a fuel-efficient K9K 1.5L diesel engine or H4K 1.5L petrol engine makes the Captur an elegant- looking high-performing car.

The rugged looking Kwid comes in two-toned exteriors making it instantly noticeable. Available in a range of colours and 1.0L engine or 0.8L engine, the Kwid is equipped with standard safety features and optimised for a smooth ride on Indian roads. The ergo smart cabin along with comfortable rear armrest, enough boot storage and special mobile make the 5-seater hatchback a great choice for the average Indian family.

Aptly named to reflect its capacity to include all your friends, the Triber comes with pioneering EasyFix seats which can convert the 5-seater car into a 6 or 7-seater vehicle to accommodate your whole tribe. There are 4 modes and over 100 seating combinations to choose from, making it one of the most modular cars out there. The Energy Engine is capable of 72 PS with 96 Nm torque. Starting at Rs. 495000, the Triber comes in 5-speed manual transmission.

Starting at ₹8,63,299*, The Lodgy is an enviable multi-purpose vehicle available in 7 or 8-seater options. This family car comes in a 110 PS or 85 PS variant. Fuel-efficient, built for safety, this clean-looking car is the vehicle for every road trip or local grocery run.

Protect your financial health by investing in the Own Damage policy which insures your Renault against any damage due to earthquakes, terrorist activity, rioting, burglary, or other malicious activity. The cost of repairs is absorbed by the policy saving you from additional monetary setback.

What does own damage to vehicle not cover?

Adhering to the rules of the Motor Vehicles Act, 1988, it is mandatory to have Third Party Policy in place while driving your Renault across public areas. This policy covers costs arising out of harm or death of an individual caused by your insured Renault vehicle as well as any property damage or loss.

Is car insurance mandatory in India?

Under the Motor Vehicles Act of 1988, every motor vehicle owner in India needs to have at least the Third-Party cover. Not having this cover is punishable under the law. However, the Own Damage cover is optional, but highly recommended.

What are the additional or add-on covers available for my Renault car?

You can opt for one or more add-ons such as key loss, depreciation, roadside assistance, engine safe, passenger assistance, gap value, or consumables cover. You should also look to buy an add-on insurance policy cover so that you can secure the best possible protection for yourself. Some of the add-on policies include Depreciation Cover, Engine Safe Cover, Passenger Assist Cover, Gap Value, Key Loss Cover, Roadside Assistance Cover, Consumable Cover.

Can I buy and renew my Renault car insurance online?

The below-mentioned factors can affect the premium for a car insurance policy: -